For people who are unaware Tom Bradshaw is a striker for Walsall and Wales.  After joining Walsall for free in the summer, Tom has proven why he one of the most prolific strikers in his division. After picking up 14 goals in 21 appearances its no surprise that almost every team below the BPL have him on their radar. Tom is a striker who if needed can play in the attacking center forward role. His best formation to work in is 4-4-1-1 with an experienced and talented center forward just behind him. This formation works so well simply because its what he has adjusted too whilst his time at the Bescot

Bradshaw who also has 8 appearances for U21 Wales has got a future chance to play for the Wales first team, which would see him link up with football’s most expensive player Gareth Bale. Aged 22 it is without doubt that Bradshaw has got a fantastic 10 years ahead of him whether that is at Walsall or anywhere else. Starting his career in Wales he quickly made an impact, aged 18 he made a move to England with League 2 side Shrewsbury Town where he picked up 17 goals in 89 league appearances.

My view on Tom Bradshaw is obviously biased with me being a Walsall fan. However the way he has performed this season you just can’t go wrong when we got him for FREE in the summer. If we were to sell him then Walsall have just had the best of both worlds with his prodigious goal tally and the hefty fee we could get for him in the next transfer window.

Thanks to Dylan @SaddlersScene for composing this piece, Dylan is a Aspiring Journalist and also a Walsall fan so go check his Twitter account and follow the Bradshaw story too and also check  out his  website coming soon.

What's your thoughts tweet me @Max_Goddard9 with your views would Bradshaw be a good signing for the Blades frontline? 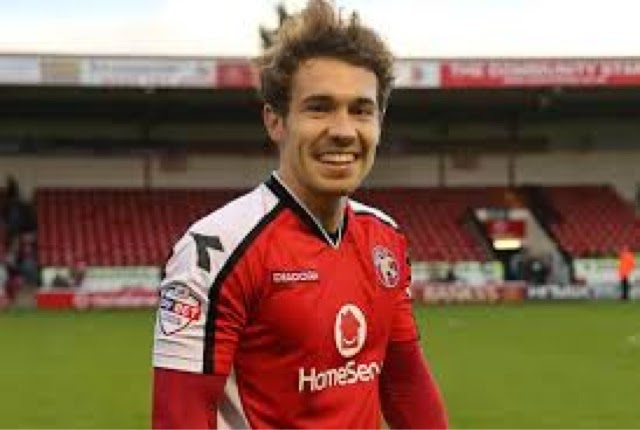