England go to Brazil hoping to come away with another win over the Brazilians, having faced Ireland in mid-week they go into this game looking to prove all the critics wrong after a dismal display against Ireland! Roy Hogdson said in his press conference yesterday  "One of the areas where we've been, to say the least, unfortunate, is in the choice of front players and the availability of front players." also after being criticized  by ex England striker Gary Liniker Hodgson insisted he would not allow such comments to get to him.He also went on to say,

"I'm enjoying the job every bit as much [as before]," he said. "I'm perfectly happy for anyone who wants to to come up with criticism. They are quite entitled to it but I'm more than happy with the way we are playing and moving forward."
The former Fulham and West Brom boss insists Sunday's friendly cannot be used as much of a yardstick of progress, however.
"I am picking a team at the end of the season with the players available to me," said Hodgson. "In September there might be as many as six or eight very, very interesting, very talented players pushing for a place in the team.
"I don't really understand how a game at the end of a long season here in Brazil can be a tremendous barometer."
But he said he was still desperate for his side to turn in an impressive performance. The game was in doubt but was said it could go ahead by the government England will be without Daniel Sturridge (Ankle) Welbeck (Knee) and Carroll (Heel) Also Gerrard with a shoulder problem. Thanks for reading comments and sharing this article are appreciated!! 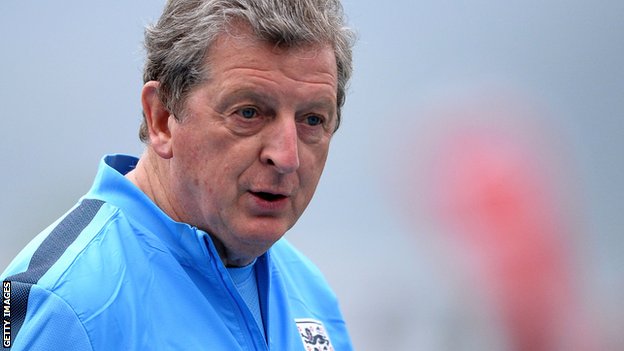