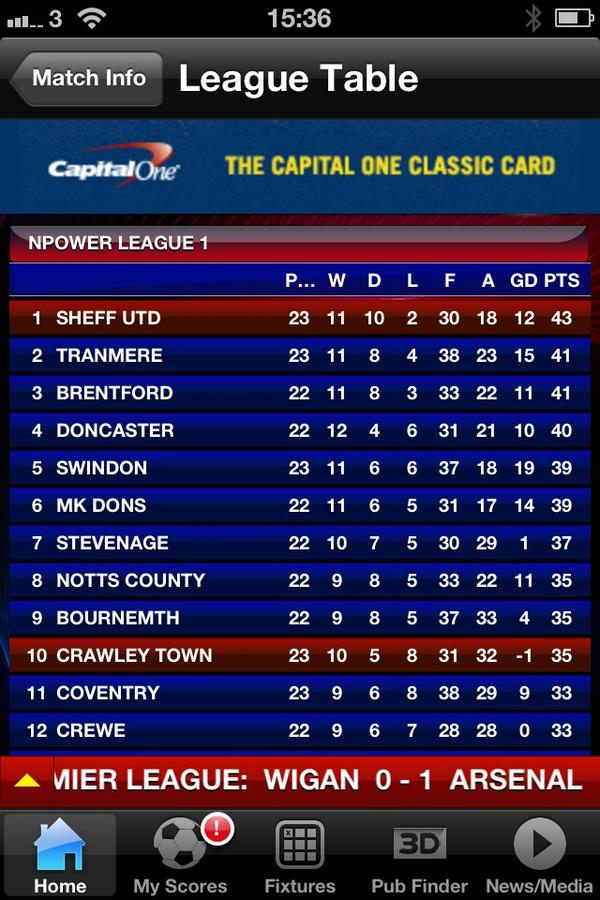 Sheffield United will be top for Christmas as a perfect present for the Blades fans was given to them by  Tony McMahon. The defender was the only bit of quality show in the blistering rain match at the Broad head stadium. The defender opened the scoring in the first half after Joe Walsh had fouled Shaun Miller, before Nick Blackman had a shot saved by home keeper Paul Jones.Then United's Hill was cautioned for a reckless challenge on Crawley's Adams on 16th minute,United broke down the right with McMahon  then Flynn and crossed in for Miller who couldn't finalize the cross. The Blades went into Half Time with a convincing first half display. They came out for the second half Kitson who started his first game after his hamstring injury hit a glorious shot from just on the edge of the box only for the Crawley keeper to comfortably save. Kitson show Wilson what he'd been missing from the tall man when he set Miller away but Crawley recoverd. Walsh was yellow carded for a bad challenge on other yellow card holder Matt Hill, Blackman shortly after drifted in from his now wing position and shot after taking advantage of The Reds poor defending. Blades were holding firm with Collins,Maguire,McMahon,Hill not letting anything get near George Long. Akpan tried his luck with a looping shot but Long saved easily The second goal came after Walsh fouled Blackman and McMahon scored with a 30rd yard free kick this time. After manager Danny Wilson said
"The fans were absolutely brilliant, especially to come on a day like this when everyone was expecting the game to be off.
"That in itself was an inspiration to us and we've had a solid performance to go with it.
"We defended brilliantly throughout the game and we've had two terrific goals from two set plays. I thought we were virtually in control for much of the game." The teams were SUFC :